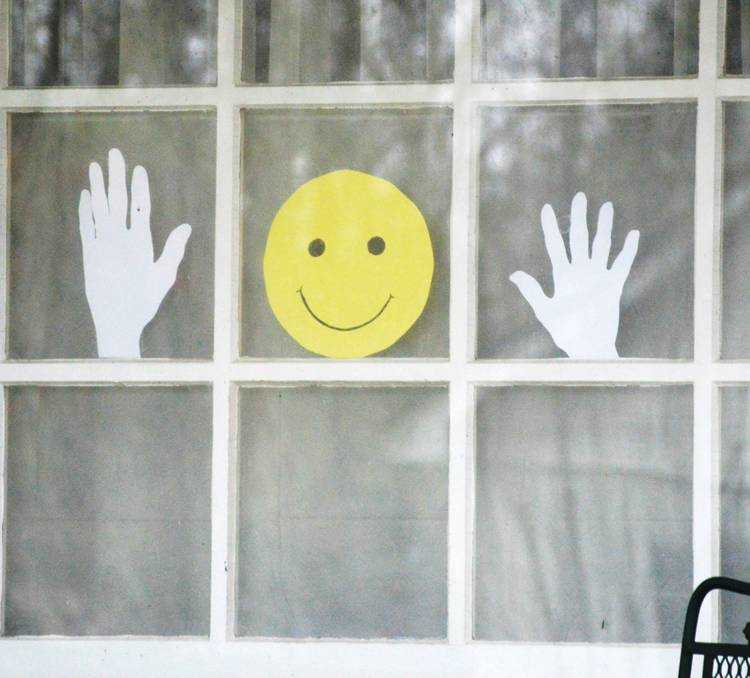 Wilson residents fight COVID-19 with ôwaving handsö project
By STEVE KNOX Times Staff
Social distancing has caused separation and isolation for many people used to hanging out with friends. The COVID-19 Pandemic has led to the cancellation of church and gatherings of groups of more than 10 all across the county, state and nation. The new separation and isolation required might cause one to think they are all alone. Communities are rallying to help alleviate the stress the Pandemic is having on the lives of their citizens.
In Wilson, one resident came up with an idea which she hopes will let residents know they are missed and are not alone.
If you have driven around the neighborhoods of Wilson lately you might have noticed waving hands on the doors and windows of many homes in the community.
The idea for the ôwaving handsö was that of Wilson resident Nickie Bell. ôI saw the original idea on Pinterest,ö Bell explained, ôIt was ôshamrocksö for St. Pattyĺs day.ö However Bell came up with another spin on the idea. ôI thought, weĺre all going to be so lonely, we need waves instead.ö
Bell said the idea has taken root and that not only are the children taking part, but other members of the community are jumping in as well. ôHere our girls made the hands and they wrote encouraging messages on them,ö said Bell. ôWe have had people of all ages getting on board.ö
ôSome people are also putting physical challenges on their Ĺwaving hands,ĺö said Bell. ôAsking people to do a few sit-ups or jumping jacks. I think it would be pretty cool to see a neighbor taking a walk, doing a sit-up or some physical challenge in your front yard.ö
Other communities in Mississippi County are jumping in on the idea of keeping people engaged. Manila and residents in Wilson are taking part in the ôThe Bear Huntö which has people putting stuffed bears, sometimes wearing a mask, in their windows, some are hiding them as well.
Residents in Osceola took advantage of the sunshine Wednesday to chalk sidewalks and driveways in the city with positive messages in the face of the COVID-19 virus.
No matter what the idea might be people are needing encouragement during this time of uncertainty.
Bell, for one is glad to see communities coming together in thought and deeds. ôOur kids are missing their friends and school. They need something to take their minds off of what is going on. Projects like these sure help.ö
News
Visit us on Facebook
E-Edition
View archives
Current conditions